The Salvation Army and its Archive

At first glance The Salvation Army may seem like a world unto itself. The global church and charity grew out of the East London Christian Mission begun by preachers William and Catherine Booth in 1865. It is characterised by its own uniform, customs, and vocabulary. Its ministers are ‘officers’ with military-style ranks, its members are ‘soldiers’, its churches are ‘corps’. Its religious services feature their own repertoire of songs and take place in halls or ‘citadels’ in which a ‘mercy seat’ is a requirement. Yet in spite of this institutional singularity, the organisation, its emblematic red shield, and its magazine the War Cry are recognised around the world.

Outreach, social as well as religious, has been at the heart of The Salvation Army’s activities from its beginnings. The organisation has always responded to issues and events that concern the communities in which it works. As a result, the collections at The Salvation Army’s International Heritage Centre in London touch on a wide range of unexpected subjects including labour disputes, war-time civilian internment, and cookery. The Heritage Centre blog highlights surprising topics from women’s suffrage to vegetarianism.

The Heritage Centre’s large collection of periodicals issued by The Salvation Army around the world since the 1860s often bridges the gaps between the organisation’s internal workings and the wider world. As well as public-facing periodicals like the War Cry and its many international and multilingual variants, the collection includes publications aimed at The Salvation Army’s own vast and diverse membership. Examples include the Local Officer (1897–1908), targeted at non-ordained Salvationists holding positions of responsibility in their local corps, and the Salvationist, launched in 1986 ‘for everyone linked to The Salvation Army’. 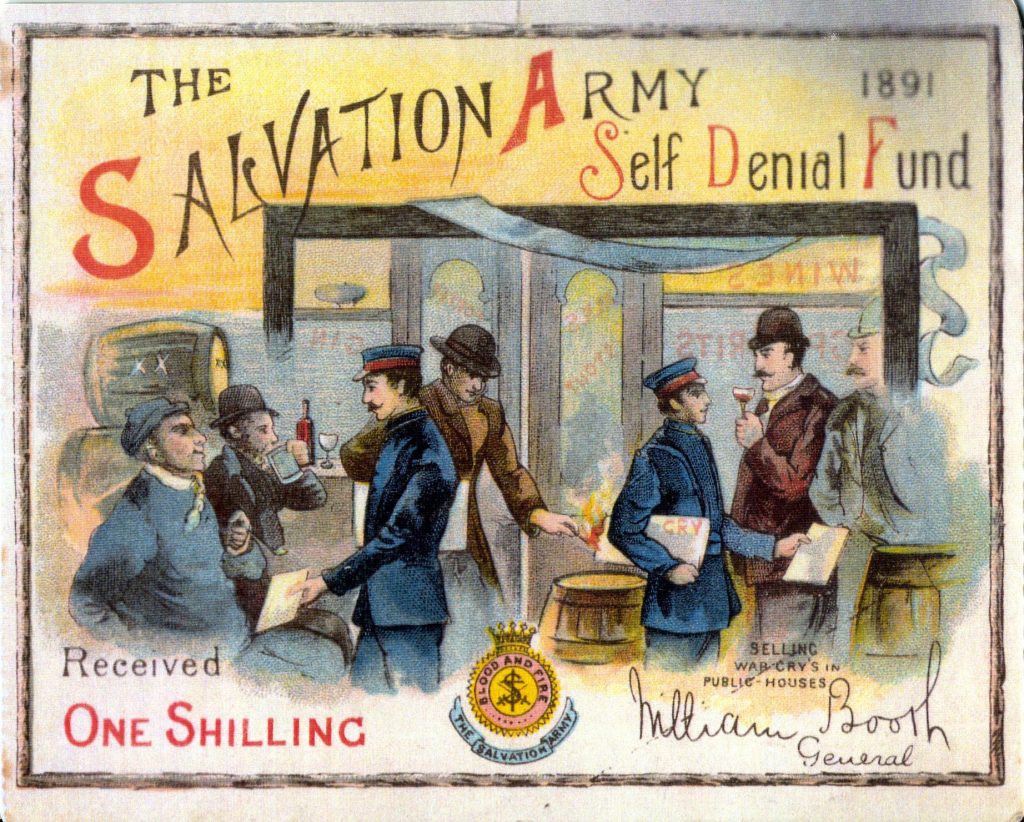 Figure 1: Donation acknowledgment featuring an illustration of War Cry-selling in a pub, 1891. All images in this post are from The Salvation Army International Heritage Centre’s collection.

The Salvation Army press has always aimed for a wide appeal, and this is mirrored in the variety of its content. The War Cry marked its 140th anniversary in December 2019 and continues to be sold to the public for the nominal price of 20p. Today, a typical issue may contain a review of a blockbuster film or popular TV show, an article on a community project, a cartoon, puzzles, and a recipe section. Many of these features have been established for decades to provide readers with information, spirituality, entertainment, and practical advice.

Recipes helped readers discover vegetarianism in the nineteenth century or cook under rationing during WWII. Book reviews guided Salvationists’ reading from the time when the organisation’s religious principles proscribed novels. Short and serial fiction narrated stories of redemption or illustrated social problems. Religious and social themes were explored through poetry and songs, sometimes with sheet music. The free legal advice column ‘Poor Man’s Lawyer’ first appeared in the Darkest England Gazette (1893–4) but survived this short-lived platform to be carried forward into its successor the Social Gazette (1894–1917) and later into the War Cry.

As Digital Humanities Project Officer I work closely with the Darkest England Gazette, a weekly publication dedicated to The Salvation Army’s ‘social operations’. It is one of the first periodicals included in the Heritage Centre’s pioneering digitisation project and various issues and articles are already available as part of our Digital Collections.

Identifying contributors to the magazine requires detailed research both within the collection and in unexpected places outside it. The Salvation Army’s record-keeping systems were not formalised in the late nineteenth century so we sometimes have little reliable information about people named in the Gazette. As a result, rather than use our archive catalogue to identify officers from this early period, the periodical is providing us with information about them.

The Gazette’s focus on different aspects of the social work helps us to associate names with specific social projects and institutions. For example, we can now tell that an article about the rehabilitation of ex-prisoners signed F. S. is likely to have been the work of Ensign Fred Symons who worked in The Salvation Army’s first Prison-Gate Home, the ‘Bridge’ near King’s Cross in London, where released prisoners were offered accommodation and work.

On the other hand, some contributors who were prominent figures during the period are given no introduction in the periodical and have to be identified through wider research. Leading animal welfare campaigner Edith Carrington contributed articles and letters about vivisection to the Darkest England Gazette, but she seems to have had no other connection to The Salvation Army and does not appear in our records. Other research revealed that regular Gazette illustrator F. W. Boyington also illustrated sensation fiction for children.[1] While the nineteenth-century Salvation Army would certainly have disapproved of this, some Gazette illustrations do make use of this sensational style (Fig. 3). 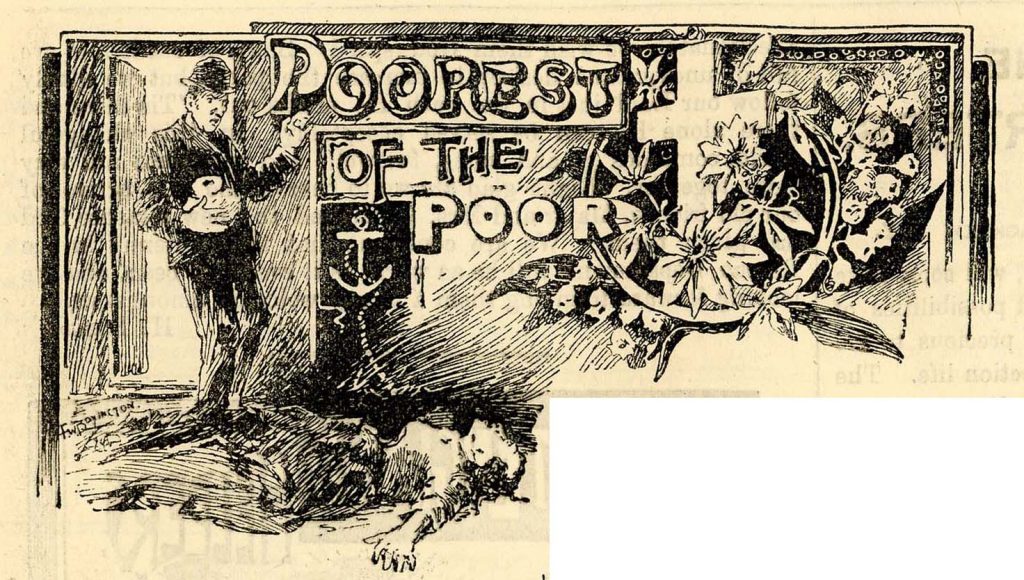 The long-standing, prolific, and diverse Salvation Army press is often one of the first avenues we recommend to researchers to explore. It covers an astonishing range of subjects, many of which surprise researchers who had not associated them with The Salvation Army. The topics are addressed in a wide variety of genres, from reportage to poetry and fiction, and the style of articles is as likely to be sensational or humorous as didactic or zealous. Discoveries in the periodicals may spark detailed investigations into our own archival collection or reveal links to other sources and repositories. In this way our periodical holdings frequently defy preconceptions about what can and cannot be found in the archives of The Salvation Army.

Flore Janssen is Digital Humanities Project Officer at The Salvation Army International Heritage Centre. She conducted research for her own PhD (Birkbeck, 2018) in the archive and now works primarily with the historical periodicals in the collection. She also holds a Visiting Postdoctoral Research Fellowship at the Institute of English Studies, University of London.