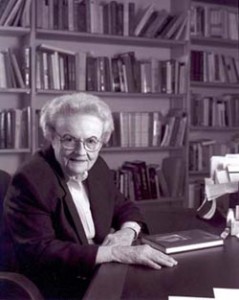 The VanArsdel Prize is awarded annually to the best graduate student essay investigating Victorian periodicals and newspapers. The prize was established in 1990 to honor Rosemary VanArsdel, a founding member of the Research Society for Victorian Periodicals, whose groundbreaking research continues to shape the field of nineteenth-century periodical studies.

The winner of the VanArsdel Prize receives $500 and publication of their submission in Victorian Periodicals Review. A list of past awardees can be found below our submission guidelines.

Applications open May 1 and are due June 15.

Essays should be approximately 4,000–7,500 words (or 15–25 pages), excluding notes and bibliography. Formatting should be double-spaced throughout with one-inch margins and a standard font such as Times New Roman, size 12. Please also note:

For further details about the prize or to submit your essay, contact the VPR editor.

Congratulations to our 2021 VanArsdel winner, Elizabeth Howard, a Ph.D. candidate in English at the University of Minnesota. Look for her essay, “‘Keeping Christmas’ on the Page: the Adelaide Observer, Alice in Wonderland, and the Australian Periodical at Play” in an upcoming issue of Victorian Periodicals Review!

Previous winners of the VanArsdel Prize are: