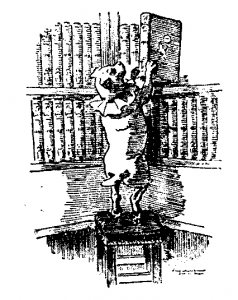 The Colby Book Prize was endowed in 2006 in memory of Robert Colby by his wife, Vineta Colby, distinguished scholars and long-time members of RSVP. In 2011, following Vineta’s death, the Board of Directors of RSVP unanimously voted to re-name the prize to honor both Robert and Vineta Colby for their many fine contributions to the study of Victorian periodicals and their long commitment to RSVP.

The Colby Prize is intended to honor original book-length scholarship about Victorian periodicals and newspapers, of the kind that Robert and Vineta Colby themselves produced during their careers. The annual prize is awarded to a book published during the preceding year that most advances our understanding of the nineteenth-century British press. The winner receives a monetary award of up to $2,000 and is invited to speak at the following year’s RSVP conference. Please note that the monetary award is paid out in U.S. dollars. See the list of previous awardees below the eligibility guidelines.

Titles may be nominated by publishers or the reading public. Authors may not nominate their own book. In addition to being published within the previous calendar year, the nominated book should have any aspect of the nineteenth-century periodical press as either its central focus or as a substantial element in its scholarly discussion. Monographs, edited volumes of essays, reference books, bibliographies, and scholarly editions are eligible for consideration, as well as biographies or critical studies of people who edited, financed, contributed to, or illustrated periodicals.

Books authored or co-authored by directors and officers of RSVP are eligible to be nominated for the Colby Prize, but such persons will not receive any part of the monetary award.

To nominate a book, complete the Colby Book Prize form between Nov. 15 (of the book publication year) and Jan. 31 (of the awarding year). The nominator will need to provide contact information for themselves and the author as well as information about the book itself.

This year the committee selected two 2021 winners of the Robert and Vineta Colby Scholarly Book Prize: Elizabeth Tilley for her book, The Periodical Press in Nineteenth-Century Ireland (Palgrave, 2020), and David Finkelstein, ed., The Edinburgh History of the British and Irish Press: Volume 2, Expansion and Evolution, 1800-1900 (Edinburgh UP, 2020). 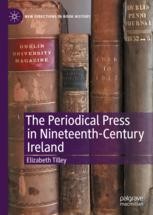 In her monograph, Elizabeth Tilley focuses on monthly and weekly periodicals, selecting representative journals to give an overview of Irish periodical literature throughout the century, a subject that certainly deserves this type of focused attention. Her research (funded by a Curran Award in 2015) is impeccable, and her analysis is nuanced and detailed. Tilley often chooses to address little-known periodicals (domestic, trade, popular press, etc.), demonstrating their contributions to the Irish periodical field and their interactions with regional and national politics and economics, as well as showcasing their relevance to British periodical culture.

As part of this study, Tilley has included a lengthy appendix with excerpts from a series of articles by Christopher Clinton Hoey that were originally published in The Irish Builder in 1877-78. These excerpts give an overview of the Irish press during the period and provide an excellent resource for both scholarly research and teaching. In this way, Tilley’s volume is both monograph and scholarly edition, a notable and important resource for the field of nineteenth-century periodical studies. 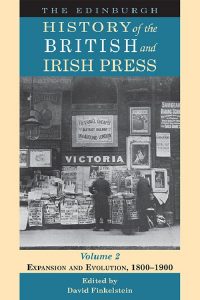 As part of a three-volume series from Edinburgh University press, David Finkelstein’s compendious collection includes contributions from forty-eight authors who address the development of British and Irish periodical culture throughout the nineteenth century. It is a remarkable resource that both draws from previous scholarship and contributes new knowledge to the field, with a wide range of topics and perspectives, and with welcome attention to diversity and transnational connections. The combination of overview essays accompanied by narrow and pointed case studies give the volume an impressive breadth and depth. It will be valuable for a wide range of readers, from those who are orienting and contextualizing as they first come to periodical studies, to those who are already specialists in the field.

David Finkelstein’s fine work editing and introducing the volume surely reflects a herculean effort, supported by original and engaging work by the forty-seven authors, who include both established and upcoming scholars. We are pleased to honor the work of all the writers as well as the editor, who together have made a contribution to nineteenth-century periodical studies that will remain a standard for many years to come.