Due to concerns about safe travel, the 2020 conference to be held at Temple University has been postponed to September 2021. 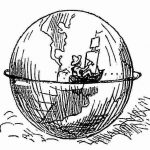 The program committee had already completed their review of submitted abstracts when the decision was made to postpone the conference. Applicants have been notified and the program committee expects to include already accepted papers as well as new submissions in the 2021 program.

Further details, including the conference dates and CFP information for 2021 will be posted later this year.

Welcome to the Research Society for Victorian Periodicals (familiarly known as RSVP), an interdisciplinary and international association of scholars dedicated to the exploration of the richly diverse world of the 19th-century press: magazines, newspapers, serials of all kinds. Members of RSVP are involved in the study of British literature, and the history and culture of Britain and its empire, as well as in the emerging fields of book history and media history.

RSVP exists to foster interdisciplinary scholarship on all aspects of the 19th-century press. The Society offers a friendly, collegial home for all literary scholars, historians, and others whose studies take them into the fascinating world of Victorian newspapers and magazines. RSVP’s quarterly journal, the Victorian Periodicals Review, is the place to publish and to learn about the latest developments in the vibrant and rapidly expanding field of 19th century media studies. RSVP sponsors several fellowships and prizes, and annually holds one of the most welcoming and informative academic conferences around. (Once in awhile that conference even makes international news.) If your interest in Victorian Britain encompasses the press in any of its multitudinous forms, please take a good look at RSVP. Who knows, you might even consider becoming a member by subscribing to our flagship journal, Victorian Periodicals Review.