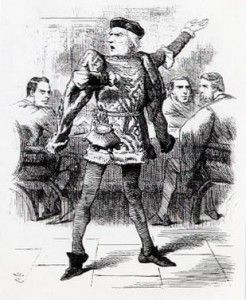 Michael Wolff (1927–2016) was the Founding President of RSVP. A tribute to him, written by Joanne Shattock and published in Victorian Periodicals Review, can be accessed through Project Muse here.

Since 1999, the Society has been pleased to ask one of its members to deliver the Michael Wolff lecture at the annual conference. In 2019, the Wolff lecture will be given by Lisa Surridge and Mary Elizabeth Leighton.

2016: James Mussell, “Too Much to Read: Victorian Periodicals, Bibliographical Utopianism, and the “Bad Indexer'”. This lecture was given at the University of Missouri-Kansas City. It can be viewed here.

2014: Lorraine Janzen Kooistra, “Reading between the Lines of Time and Space: Remediation and the Illustrated Periodical”

2013: Andrew King, “Negotiations of Modernity: The Bankers’ Magazine and the Professionalisation of Banking.”

2011: John Drew, “An Uncommercial Proposition? At Work on Household Words and All the Year Round.”

2009: Simon Potter, “A Public Sphere for the Angloworld?”

2008: Linda Peterson, “Characterising Regina’s Maids of Honour and their Heirs.”

2007: Joel Wiener, “‘If there’s no news, I’ll go out and bite a dog’: Some Reflections on Transatlantic Journalism in the Nineteenth Century.”

2006: Linda Hughes, “What the Wellesley Index Left Out; or, Why Poetry Matters to Periodical Studies.”

2003: Josef Altholz was to have spoken on “Whimsy, Serendipity and Chutzpah: The Improbable Success of RSVP,” but passed away shortly before the conference.

2000: Aled Jones, “The Dart and the Damning of the Sylvan Stream: Journalism and Political Culture in the Late Victorian City.”

To nominate someone for the Wolff Lecture (including self-nominations), please contact the president at president @ rs4vp.org.