Aids to Research: A Selected Bibliography

Note: The word “selected” in the title should be taken seriously, because sources for study have grown greatly over the past thirty years, and are still proliferating. A careful researcher should also consult the four Vann and VanArsdel volumes for additional sources, as well as for expanded annotation. The author also wishes to emphasize that this is a work in progress, and that any and all suggestions for additions to the bibliography will be most gratefully received at banarz@msn.com.

In the last ten years methods for searching British Victorian/Edwardian periodical literature have altered drastically through introduction of modern electronic technology. New methods for searching emerge with lightning speed and new terminology has appeared, such as “website, “databases,” “search engines,” and “digitization”; formerly inaccessible material has become readily available. Because the researcher needs to be constantly aware of these developments a new section has been added to this bibliography, “Modern Technology,” which, in future, will also change rapidly.

It is still useful, however, to be reminded of those farsighted pioneers who early recognized the need to preserve what little was in their possession. Investigation of Victorian journalism before the 1950s was limited. The largest part of what existed was drawn up by individual city and county libraries to document their own holdings, or sometimes to determine holdings available in a given geographic area. An example of the former is a manuscript list “Lincolnshire Newspapers and Magazines” (n.d.) drawn up by the Lincoln City Library; a bibliography of newspapers and periodicals for the Inverness area (1902) is a good example of the latter. Earlier librarians sensed they held valuable primary material offering an important picture of cultural history, but were uncertain what to do with it – other than save it.

Serious and systematic research into Victorian periodicals belongs to the second half of the twentieth century. In 1957 the late Walter E. Houghton published his landmark book The Victorian Frame of Mind, research for which was constantly frustrated by the Victorian journalistic practice of anonymity among journal authors. He contended that it was important to know who was writing a piece in order to understand its possible prejudices. It was at this point that he began to contemplate an index to 40 or 50 of the major literary periodicals for which he would seek to identify the authors of the articles. Thus it was that one of the great scholarly achievements of the twentieth century was born: The Wellesley Index to Victorian Periodicals, 1824-1900, complete in 5 volumes (see items 71 and 72, below), a work which completely revolutionized study of periodical literature, to that time.

A similar and equally pressing problem for early scholars was the need to count, identify, and locate runs of journals. Early investigators estimated that there might have been as many as 16,000 titles published during the Victorian era; that figure has now been displaced by a new estimate of more than 125,000 items, identified largely through the brilliant work of John North and published in the Waterloo Directory (see items 67-70).

The first two definitive periodicals bibliographies are: “The Nineteenth-Century Periodical Press in Britain,” covering the years 1801-1871, compiled by Lionel Madden and Diana Dixon and first published in Victorian Periodicals Newsletter (see item 61). A second study, bearing the same title, but covering the years 1972-1987, appeared in 1992, compiled by Larry Uffelman (see item 40). Care was taken to employ the same format for each survey, so together they provide a steady view of early periodicals scholarship with a sweep from 1801 to 1987. For the years following 1987 scholars may rely on the annual bibliography of periodical research published in Victorian Periodicals Review (see item 61), as well as a “Periodicals Section” published as part of the annual bibliography in Victorian Studies.

Today, periodicals research is a fully recognized and acknowledged literary specialty and constitutes an important part of the British nineteenth-century prose legacy. It provides a particularly attractive field for younger scholars because of its distinct interdisciplinary nature. Collections of titles have been identified for such varied fields as: the professions (law, medicine, architecture, science, and the military); the arts (music, theatre, the fine arts, illustration); occupations and commerce (transport, agriculture, financial and trade); popular culture (temperance, comedy, sport, education, and women’s issues); and both workers’ and student journals. Doubtless many similar collections could be assembled pertaining to other fields. Preliminary research has also been carried out on development of the periodical press in British colonial society: see two references; Vann and VanArsdel, Victorian Periodicals and Victorian Society (1994) and Periodicals of Queen Victoria’s Empire (1996). 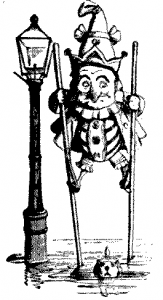 The current and definitive commentary on technology as applied to Victorian periodicals is that of Patrick Leary, webmaster of the Victoria Research Web. It is constantly updated. Other scholars may have information to add, and it is hoped they will volunteer to contribute their sources. The history of periodicals research has always been one of collaboration, sharing for the common good.

The Victoria Research Web, created, maintained, and copyrighted by Patrick Leary, is possibly the single most important research tool available today to scholars of the nineteenth century, both neophyte and experienced. Its riches and ease of access would have been unimaginable a few short years ago, but is now made possible through the wonders of modern technology. Leary, a pre-eminent technological authority, has added his own vast knowledge of the Victorian period, to that of scholars world-wide, to make available material from research institutions, archival collections, bibliographies, biographies, genre studies, publishers’ records, and more. The periodicals references are particularly strong, including contributions by expert researcher, Eileen Curran, who supplies corrections and additions to The Wellesley Index.

NOTE: All periodicals scholars should consult this material carefully, in addition to specific periodicals guides. Because some of the following reference works have recently become available on-line researchers should check for this availability.

Copyright © 2010 by Rosemary VanArsdel. Not to be reproduced in whole or in part without permission in writing from the author.